All the latest news and events Scuba Shack has to tell you!! 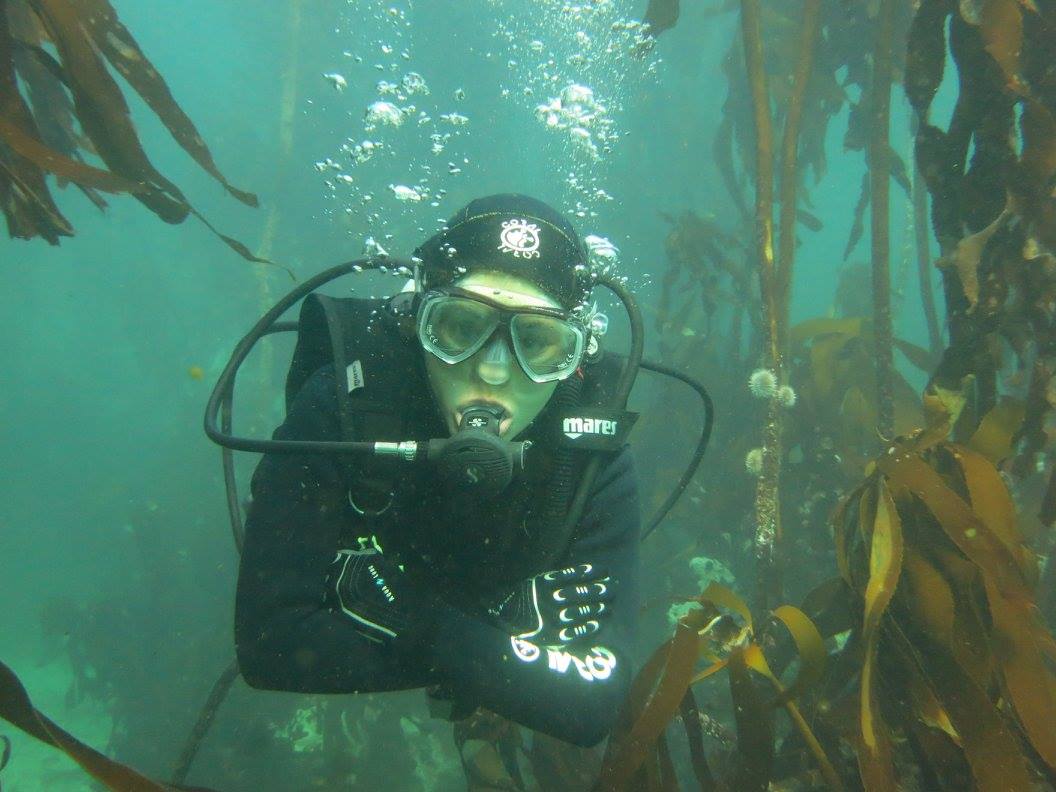 The scuba diving season is upon us, the Indian Ocean in Simons Town will start to heat up. We are diving all they way through the new year. 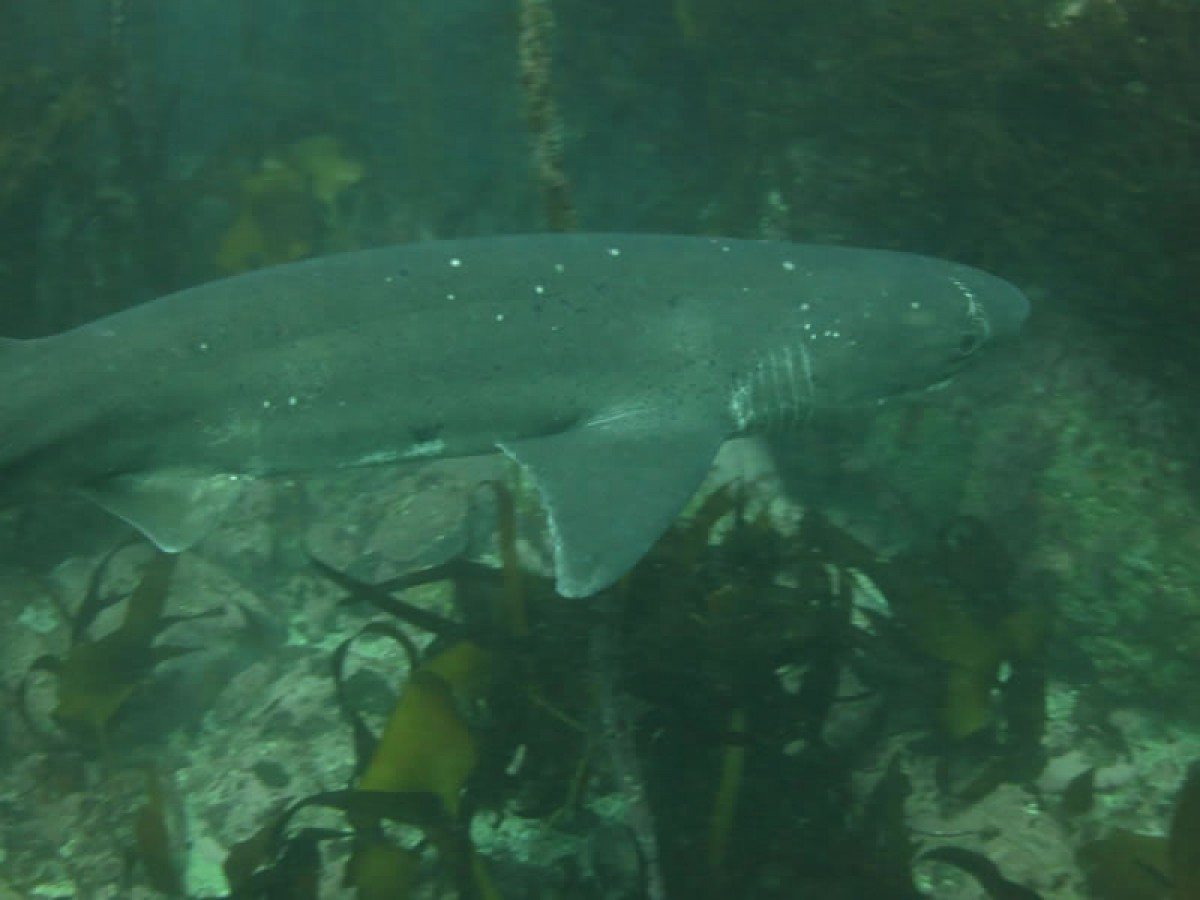 To be able to get so up close and personal with one’s study species and observe it unobtrusively in its natural environment is a rare privilege. 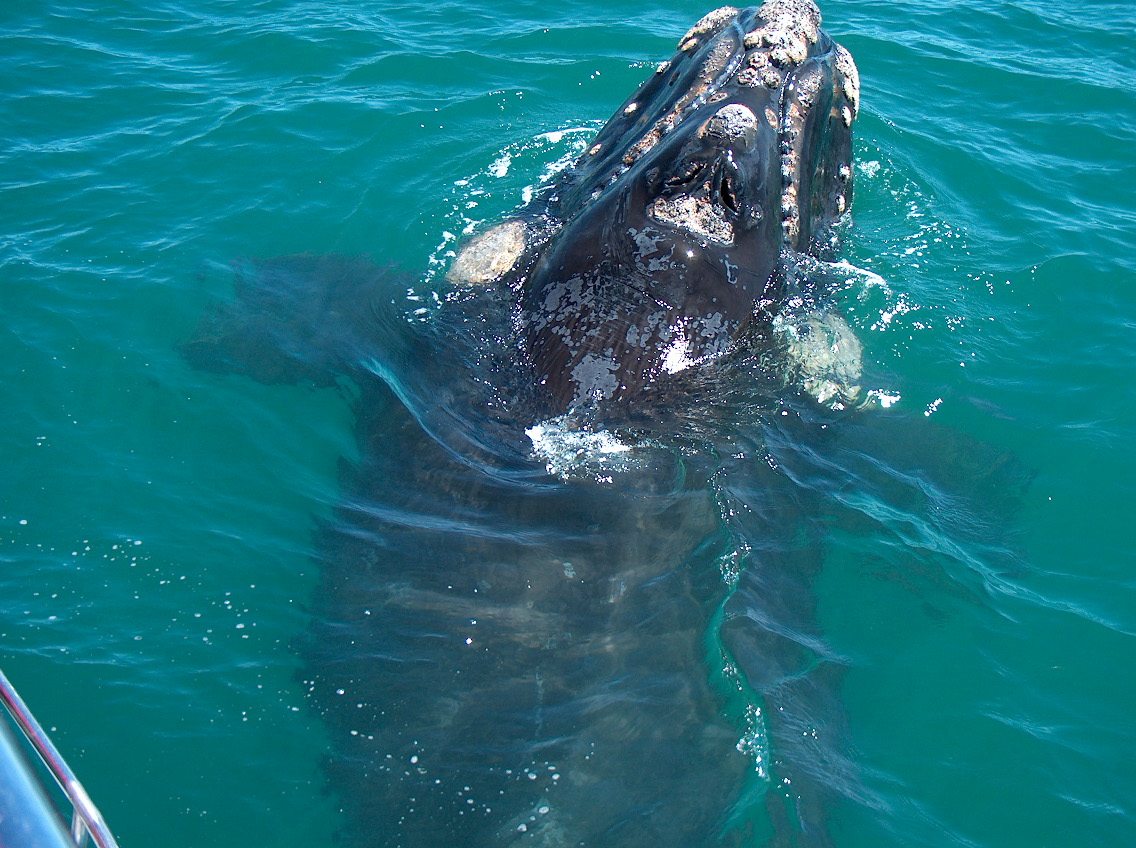 The scuba diving season is upon us, the Indian Ocean in Simons Town will start  to heat up. We are diving all they way through the new year, with guided dives going out every day. We take groups and individual divers and couples dives !

Justin will guided you on all dives and we take photos and videos of all our dives, which we will give too you as a memento of your experience.

If you are new to visiting Cape Town, we suggest try an awesome dive through our Kelp Forest and reef, it is truly a beautiful, peaceful and colourful dive.

For those who are not certified divers, we offer the Discover Scuba, which is an introduction to scuba diving and an amazing way to experience scuba without having to take a certified three day course. This take half a day and includes a sea dive.

We dive both sides of the seam the Atlantic out of Hout Bay and False Bay Simons Town which is a tad warmer. We offer full scuba hire to all our divers.

So let us know what you would like to do and call us....

The water is murky and I can’t see more than five metres (16 feet) in front of me. I sigh into my regulator and navigate my way awkwardly through the thick kelp, my bulky scuba kit making my movements cumbersome. After what seems like an endless dive battling through this dense underwater forest, there is still no sign of any broadnose sevengill sharks (more fancily termed Notorynchus cepedianus). As I start to lose faith in this so-called shark aggregation site, my dive buddy and I break through the kelp into a sandy channel. There, cruising placidly in languid circles, are three of the strangest looking sharks I have ever seen: seven gills instead of the usual five, one dorsal fin instead of two, and a broad, almost smiling face. I do a small underwater victory dance and sink to my knees on the sand as the sharks meander over to investigate this clumsy two-legged creature that is watching them so avidly.

To be able to get so up close and personal with one’s study species and observe it unobtrusively in its natural environment is a rare privilege. Broadnose sevengill sharks (or simply sevengills) are apex predators found in temperate seas worldwide. Because they occupy shallow coastal waters, they are vulnerable to human-induced threats that range from overfishing to pollution and habitat loss. Despite this, there are limited management and conservation strategies for these sharks throughout their range, primarily due to large gaps in our understanding of their behaviour, ecology and life history. Miller’s Point in False Bay, South Africa, is a popular dive site that hosts one of the largest known aggregations of sevengills in the world: as many as 70 sharks can be seen on a single one-hour dive. But why these sharks aggregate here, how they move around the rest of False Bay – and more broadly along the South African coast – and what influences the timing, scale and direction of their moves . 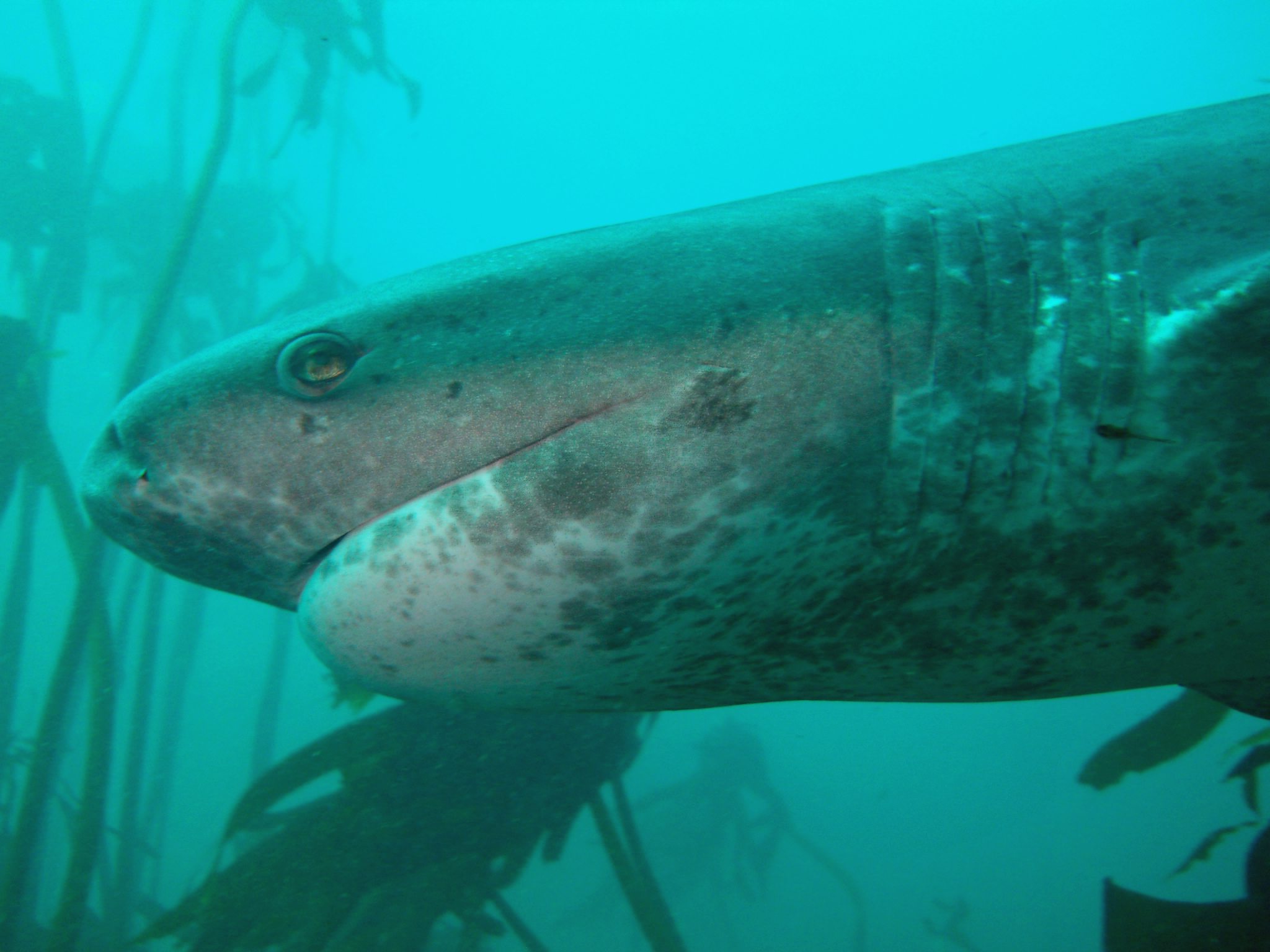 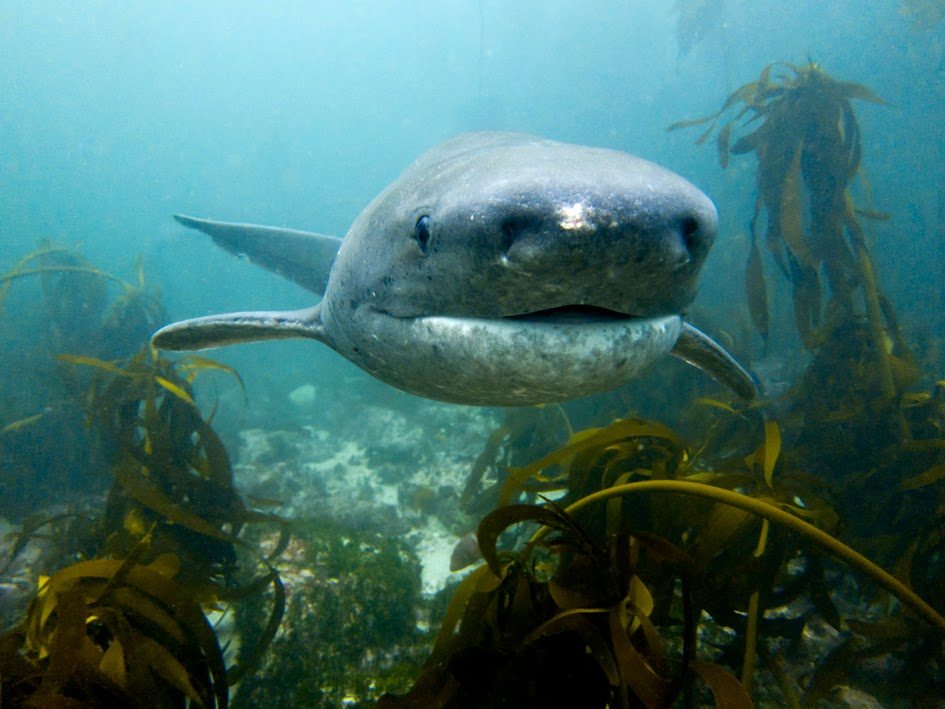 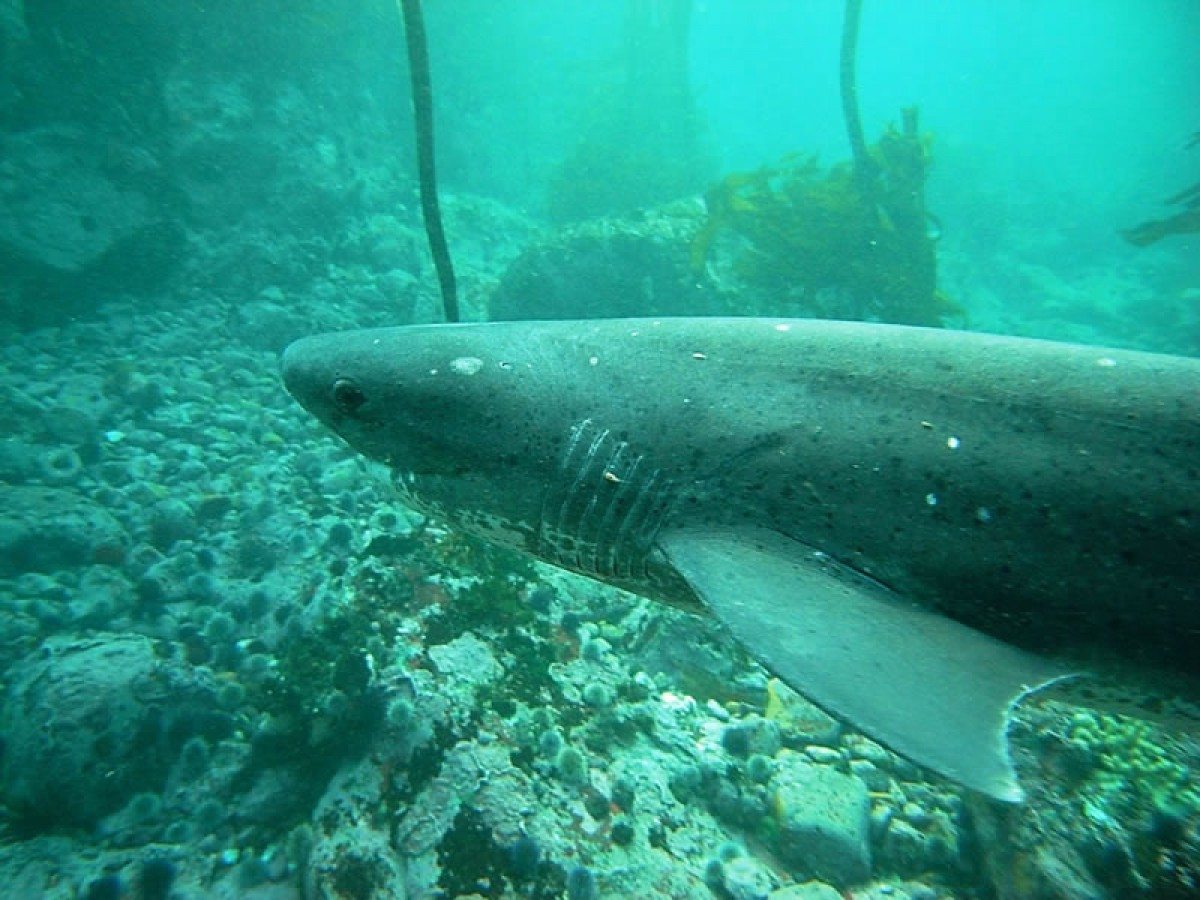 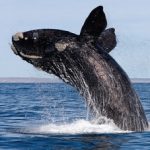 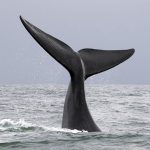 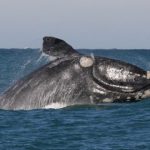 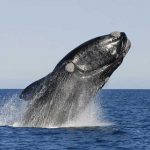 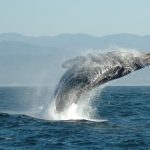 The southern right gets its name from the simple fact it was once regarded it as the "right" whale to hunt - the animals are slow-moving, rich in oil and baleen, float when killed and provide an enormous yield. This "rightness" brought the animals to the brink of extinction in the early 20th century, as whalers killed an estimated 20 000 of the animals.

Protected in South African waters since 1935, their numbers have slowly crept back to a world population of some 4 000, most of which visit the country's coastline every year. Playing, courting and nursing Weighing in at about 60 tons and estimated to live as long as 100 years, the southern right whale (Eubalaena australis) has became a major tourist attraction up and down the South African coast.

Their breeding ground is the sheltered bays of the Cape coast, with the majestic animals spending up to five months a year here. They pass their time playing, courting, and nursing their newborn calves, often just metres from the shore, providing spectacular land-based viewing.

Scuba Diving in the Cape

Scuba diving in False Bay has been awesome over the last few weeks. The visibility and temps have been pretty good. We are going out most days on guided dives, these can be from the Cow Sharks, wreck or through the Kelp Forests. Padi Discover Scuba, a one day introduction to scuba diving is still as popular for the visitor to the Cape or if you are unsure scuba diving is for you this is perfect, without having to commit to a full Padi certified course. On all dives we take lots of photos and video, check out my Facebook Page for lots of pictures and videos. For all Padi courses, guided dives, shore & boat dives, contact us today. 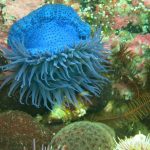 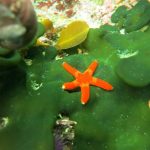 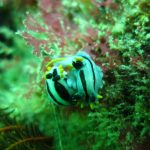 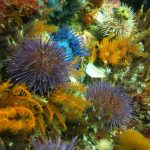 The seas are becoming warmer as we come into the diving season. At Scuba Shack Diving we are out in the sea every day. Guided scuba diving tours go out and if you wish to do any PADI Course just let us know and we will accommodate you. If you are visiting and do not have the time to complete a course Discover Scuba is for you, with Scuba Shack diving it includes a sea dive, underwater photos and videos of your experience.